Have you ever heard of solar panel inverters? While everybody knows what a solar panel is and what it does, the inverter is a lesser-known element of the photovoltaic system. What kinds are available and which type is best? Let’s have a closer look at them together.

What’s an Inverter and Why Do You Need One

A solar panel is an inherently DC device, meaning that it’s a piece of equipment that generates direct current, not unlike batteries. Here in Australia, however, our households run on AC, or alternating current. This is where the inverter comes in: it takes DC, converts it into AC and matches it to the electricity grid. The inverter has another important job. When it’s not able to find that match to the grid, an inverter goes into safety mode and automatically shuts down. This arrangement will avoid interference with potential power line work and is mandated by law.

Microinverters are devices installed behind the solar panels, on the rails that mount to the roof. There are essentially two types of inverters: string inverters and microinverters. The string inverter, which is an older setup type, connects all the panels to a centralised unit via “strings”. So when the panels produce energy, they send it to the one central inverter for conversion. While cheaper, this system presents several drawbacks. First, just like a buffalo herd which only moves as fast as its slowest member, so the panel system only works as efficiently as its least efficient member. If one of the solar panels is partially shaded, or degrades due to age or damage, this will affect your whole PV system, and production will immediately drop. Second, if the string inverter has a malfunction, this will affect all of the panels, too.

Microinverters, on the other hand, are smaller (hence the term “micro”) and get installed individually, one per solar panel. A microinverter system has no single point of failure, so an issue impacting one panel will have no consequences on the rest of the system. This type of setup also allows you to expand your PV system at a later stage, simply by installing additional solar panel-microinverter units. Added bonus: a PV system subdivided into these smaller, standalone units needs less light to power up the morning. This extra light captured each day can add up to an extra 160kWh generated per year for the typical household PV system. With the current peak tariffs, this can translate into some $2,400AUD over the life of the system. That in itself pays off a sizeable chunk of your micro-inverters’ initial cost.

What Brand of Inverter is the Best?

We have chosen Enphase as our exclusive inverter brand, simply because their product is the best currently available on the market. Enphase is the leading microinverter producer in the world, based in California. Their latest model, the seventh-gen Enphase IQ 7A microinverter, is highly reliable and achieves the highest efficiency for module-level power electronics (60-cell and high-powered 72-cell modules). It delivers maximum energy productivity for your PV system, without neglecting the safety aspect, and is compatible with storage systems, including battery management systems. The Enphase IQ 7A microinverters boast an expected life of 25 years or more and come with an all-inclusive manufacturer’s warranty of 10 Years (parts and labour) which can be upgraded to 15, 20 or 25 Years.

We hope we’ve shed some light on your questions regarding inverters, what they do and the different kinds available. Thinking of setting up a PV system on your property? Get in touch and we’ll give you professional advice, and a free quote, to help you work out the best solution for you. 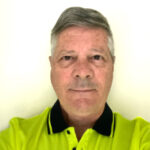 Lindsay is the CEO of GoSolar Newcastle. His business has installed over 7000 solar energy systems in the Newcastle, Lake Macquarie, Maitland, and Hunter Valley area since 2010.

Get Your Free Quote Now

Contact GoSolar Newcastle today to have one of our qualified and experienced people assess your energy needs, review your available rebates, and put together a solution that pays for itself over time.

A review of your current and future energy needs

A return on investment plan